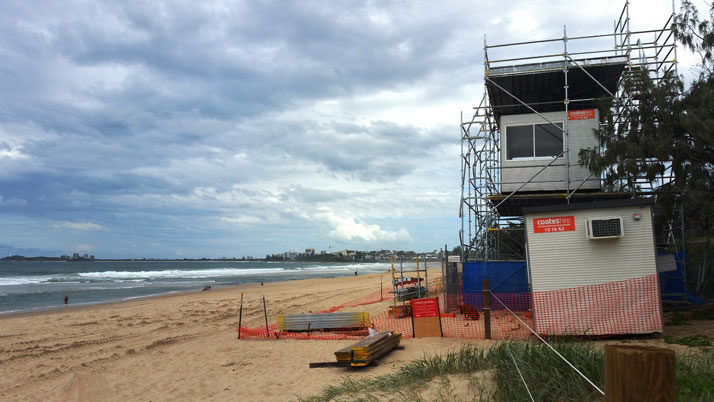 The countdown to the Aussies has officially started with work starting on the set up for the mammoth event.

Sunshine Coast Council CEO Michael Whittaker said that for the first time since 1980, the iconic Australian Surf Life Saving Championships were returning to the Sunshine Coast.

“More than 7000 surf lifesavers from 313 surf clubs will compete in more than 400 events in Youth, Open and Masters categories.

“In preparation for the festival, Council and Surf Life Saving Australia have coordinated their efforts to commence an early set up to limit impact and disruption over the busy Easter and school holiday period.

“Extensive provisions are required for such a significant event and residents will notice the set up of temporary infrastructure along Maroochydore, Alexandra Headland and Mooloolaba beaches.”