Home / All Posts / Community / Australian women’s rugby on the hunt for gold... 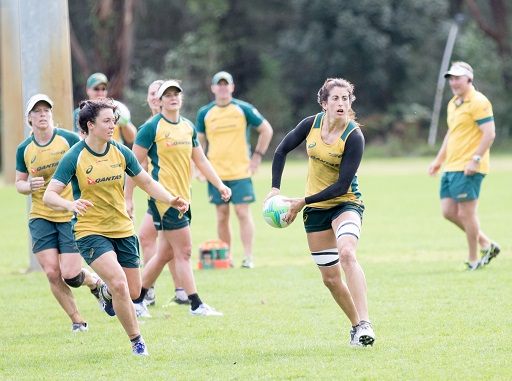 In the quest to claim the inaugural Commonwealth Games gold for Women’s Rugby 7’s, the Australian Women’s Rugby 7’s team have announced the Sunshine Coast as their pre-Games training destination.
The reigning Olympic Games gold medallists will arrive at their Caloundra base following the official Commonwealth Games opening ceremony, and will train at the Sunshine Coast Stadium from April 5-11, 2018.
The Women’s Rugby 7’s competition is in the second week of the Games.
Mayor Mark Jamieson said the announcement by the Australian Women’s Rugby 7’s team added to a number of overseas nations that have chosen the high-quality facilities in our region for their pre-Games training base.
“We’re looking forward to welcoming the team to the Sunshine Coast in the lead-up to such a significant competition, and we wish them all the best in their hopes of winning gold to match their Olympic success,” Mayor Jamieson said.