Home / All Posts / Community / Caloundra to welcome Queen’s Baton in lead up... 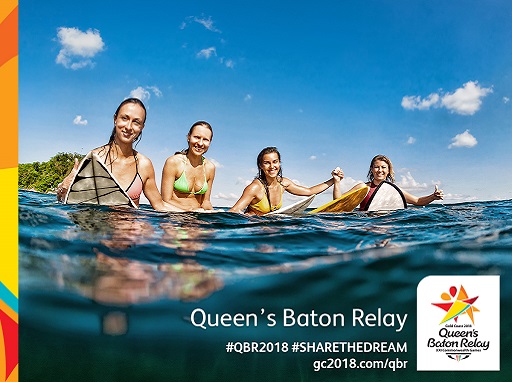 The Gold Coast 2018 Commonwealth Games Corporation (GOLDOC) has announced Caloundra as one of the Australian celebration communities that will take part in the Queen’s Baton Relay.
The eyes of the Commonwealth will be on Caloundra on March 27, 2018 as the Baton journeys towards its final destination, the Gold Coast 2018 Commonwealth Games (GC2018) Opening Ceremony on April 4, 2018.
Mayor Mark Jamieson said it was an honour to have one of the Sunshine Coast’s favourite locations selected as an official celebration community.
“We’re delighted to be a part of an event that will take Caloundra and the Sunshine Coast to the world,” Mayor Jamieson said.
“The Queen’s Baton Relay is not only a symbol of the Commonwealth Games, but an event that will connect Caloundra with communities across Australia and the entire Commonwealth.