Magpies a big hit on the Sunshine Coast 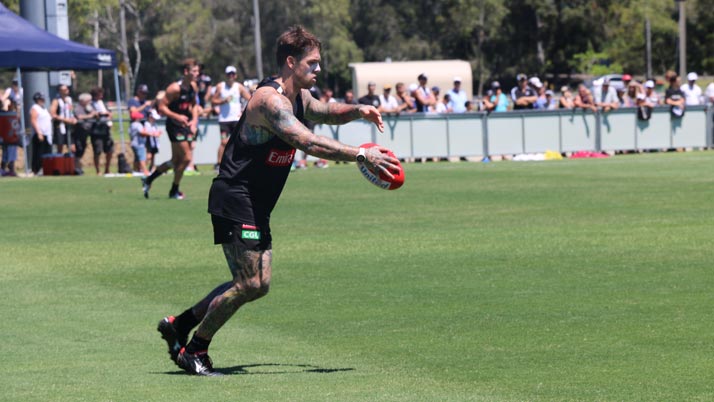 Magpies a big hit on the Sunshine Coast

The Collingwood Magpies made their first public appearance in more than a decade on the Sunshine Coast today – and it went down a treat with their local fans.

Around 1000 members of the Magpie Army turned out on a hot and humid morning to watch their team train at the Maroochydore Multi-Sport Complex on day three of their Sunshine Coast camp.

It was the biggest turnout yet for an open training session during the Coast’s summer of AFL which has so far witnessed visits by St Kilda, reigning premiers Hawthorn and the GWS Giants with the Brisbane Lions, Melbourne and Western Bulldogs to come.

The sunny day was just what the Magpies were looking for and they went through a two-hour session of skills and fitness drills before signing autographs and posing for photos with their ardent fans.

“We love it up here. Everyone’s been so welcoming,” Collingwood’s Tyson Goldsack said.

“The boys are working really hard, as everyone saw today, to make sure they are right to go from round one right through to the end of the season.”

On Tuesday night, Mayor Mark Jamieson was presented with an autographed Collingwood jersey when he was a special guest at the team’s dinner at the Maroochy River Golf Club.

“It has been some time since Collingwood’s original visit and we are honoured to have one of Australia’s biggest sporting brands return to hold its pre-season training camp here on the Sunshine Coast,” Mayor Jamieson said.

“Council has worked closely with the southern AFL clubs to convince them to head north and it’s fantastic to have more coming for the first time and others returning.”