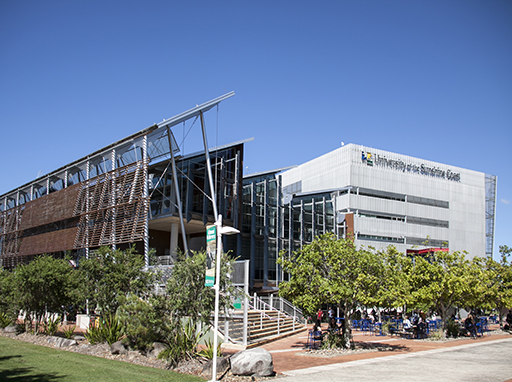 Two of Sunshine Coast’s largest employers have joined forces to capture the expertise of both organisations and benefit the region’s future growth, prosperity and sustainability.

Sunshine Coast Council and the University of the Sunshine Coast have signed a Regional Partnership Agreement which will underpin the relationship and provide a formal platform and structure for collaboration over the next four years.

The core collaboration focal points will be economic development and infrastructure; research; community engagement and smart city and operational efficiencies.

Mayor Mark Jamieson said the two organisations were the foremost institutions in the region, were two of the largest employers and possessed similar goals and aspirations.

“Both organisations have enjoyed a productive and collaborative relationship and attach great importance to that partnership,” Mayor Jamieson said.

“As the region continues to grow, we both continue to evolve and adapt to servicing a larger customer base and are competing in the wider market for public investment funds from other tiers of government and private and philanthropic sectors.

“USC and council officers have recognised the need for a more formalised partnership arrangement which reflects the breadth and complexity of matters that are priorities for each organisation.

“There is also a recognised need to capture the expertise that exists in both organisations and work towards an agreed set of priorities to benefit the future growth, prosperity and sustainability of the region.”

Mayor Jamieson said there were many successful and significant outcomes both organisations had achieved together over the past five years, including developing the Regional Economic Development Strategy and securing the region’s first national league sporting team in the Sunshine Coast Lightning.

“Both those initiatives will provide important legacies for the economic and social fabric of the Sunshine Coast for decades to come and this Regional Partnership Agreement will ensure these legacies continue,” Mayor Jamieson said.

“Since 2011 there has been a joint approach to funding specific USC-based research projects that support council’s Corporate Plan, investigations into new technologies and solutions that council may deploy and the promotion of high-performance sport participation, rehabilitation and recovery assets at the university, which attract visiting national and international teams.”

USC Vice-Chancellor Professor Greg Hill said the Regional Partnership Agreement reflected the important contributory role USC and the council both played in strengthening the position of the parties and enhancing their value proposition of the region.

“Formalising the agreement is an important step to guiding the commitment of resources to pursue agreed research collaborations, program and facility developments over the next four years where these are clearly of mutual and regional benefit,” Professor Hill said.

“This agreement formalises the very positive working relationship that has developed between the two organisations in recent years and will reap real benefits for the community.”