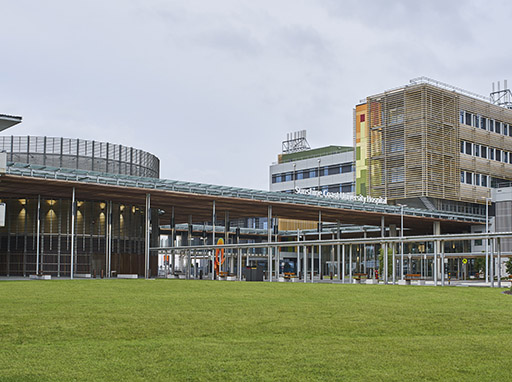 Sunshine Coast Mayor Mark Jamieson has welcomed the Federal Government announcement that the Sunshine Coast University Hospital will become a tertiary teaching hospital, as planned,  thanks to the allocation of an additional 15 medical school places.

In January of this year, council launched #OperationMedSchool, urging the Federal Government to allocate the required 15 additional student places at the Sunshine Coast University Hospital as the issue had remained unresolved for more than three years.

Mayor Jamieson said the council had called on the community to support the campaign, and support it, they did.

“Our community leaders and residents supported #OperationMedSchool and wrote to the Prime Minister and Federal Ministers urging them to allocate the additional 15 medical student places needed ” Mayor Jamieson said.

“Our region was promised a tertiary teaching hospital. Between council and the community,  we ensured the Federal Government was made aware we deserved nothing less and would accept nothing less.

“I thank our community for showing its support for these endeavours, demonstrating to the Federal Government the importance our region places on achieving a fully functional tertiary teaching hospital.

“I’m sure the community will join me in thanking the Commonwealth for fulfilling its role so Griffith University can attend to the necessary accreditations.”

Mayor Jamieson said health was at the heart of strong communities.

“And here on our Sunshine Coast, the opening of the State Government’s $1.87 billion hospital at Kawana in April has made an immense difference to health care on the Sunshine Coast and surrounding regional areas,” he said.