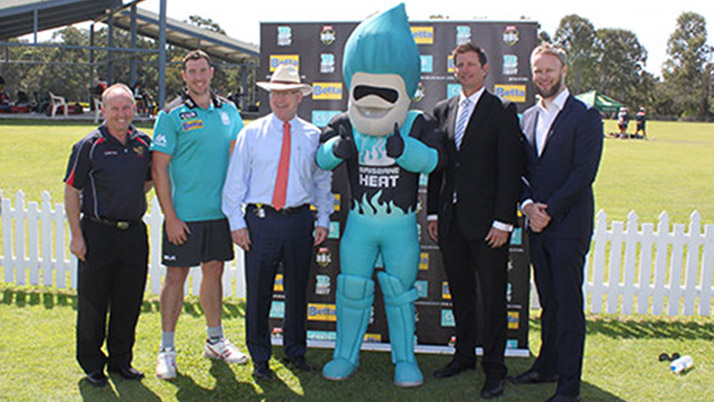 Local cricket fans aren’t the only ones who’ll benefit from the new partnership between Sunshine Coast Council and Cricket Australia.

Mayor Mark Jamieson said the agreement also had the potential to put plenty of long-term runs on the board for the region’s economy and strengthen our reputation as Australia’s major events regional capital.

“Tourism, sport and leisure is one of seven high-value industries in the Sunshine Coast Regional Economic Development Strategy and we regularly host national and international sporting events and teams that are drawn here by our high quality facilities, our favourable climate and our local expertise,” Mayor Jamieson said.

“In 2016 the World is Coming to the Sunshine Coast as we play host to an unprecedented 60 major sporting and lifestyle events, including the IRONMAN 70.3 World Championships that were held yesterday – the first time this event has been staged in the Southern Hemisphere.

“So it’s extremely exciting to announce a new partnership with Cricket Australia that adds to the diversity and depth of events we’re attracting to the Coast.