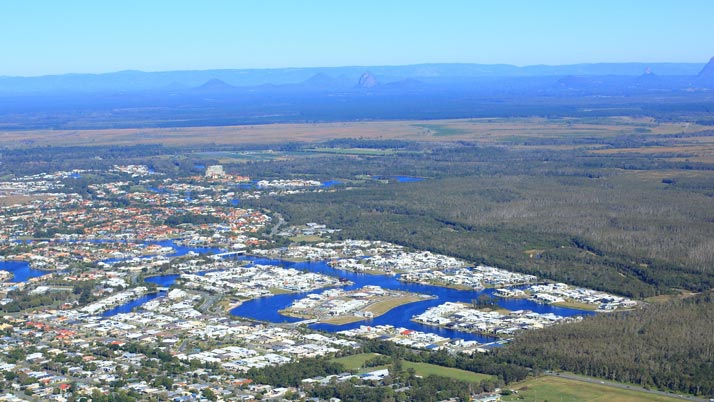 The Sunshine Coast has been ranked third of all local government areas in Queensland for development activity, according to the Residential Land Development Activity Profile – June 2015, released recently by the Queensland Government Statistician’s Office.

In the 12 months to the end of June, the Sunshine Coast was ranked second in the state in lot approvals, fourth in standard lot registrations, third in new lot sales and third in detached dwelling approvals.

Mayor Mark Jamieson said the rankings were a reflection of the progressive ambitions of the region.

“The Sunshine Coast Council’s ranking of third highest amount of development in a Queensland local government area is a clear indication of the progress we are making towards attracting investment opportunities and employment to the Coast,” Mayor Jamieson said.

“It adds to the weight of evidence that we are now Queensland’s third biggest economy.

“They should be especially encouraging to everyone connected with the building and construction industry.”

According to the State Government report, the Sunshine Coast recorded a 28% increase in residential dwelling approvals compared with the previous year. There was a total of 3104 approvals (77% of which were for separate houses) compared with 2427 approvals in the year ending June 2014.

The figures also showed 8866 new and established dwellings were sold on the Sunshine Coast over the 12 months with 5703 (64%) being detached houses.

Last week, council announced that from January to November last year, the number of development applications lodged each month had been higher than during the same month in 2014, with the November 2015 figure being 361% higher than November 2014.

The November 2015 figures also represented an increase on the figures for October 2015.

Information about the October – December 2015 quarter will be available during the first quarter of 2016.