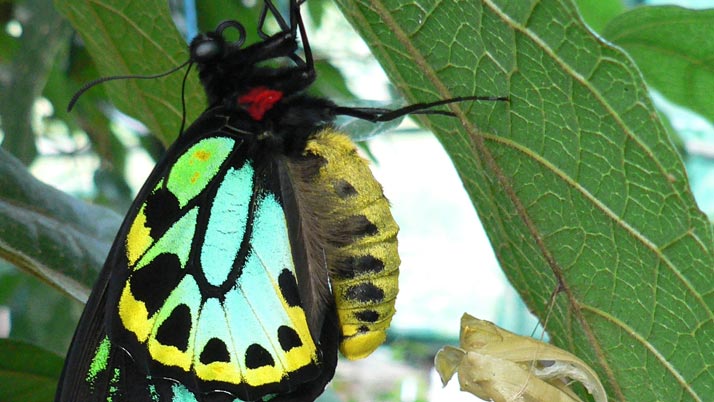 The Richmond birdwing butterfly has been given a helping hand to re-establish itself on the Sunshine Coast thanks to a joint effort between the Queensland Government and Sunshine Coast Council.

Around 80 captive-bred caterpillars were recently released across three council-managed reserves in an endeavour aimed at improving the conservation status of the butterfly which is listed as vulnerable in Queensland.

“A selective breeding and release project has been underway since 2010 with the assistance of the Queensland Parks and Wildlife Service’s David Fleay Wildlife Park and Sunshine Coast Council,” Dr Gynther said.

“This caterpillar release is attempting to improve the abundance and genetic diversity of the butterfly’s population in the area and forms part of a larger recovery effort involving supplementary plantings of the host vine and ongoing monitoring by government agencies, non-government organisations and the community.”

I always enjoy engaging with our volunteers on our Sunshine Coast. They do fantastic things across the board for our community. Today I had the...