Home / All Posts / Community / Heat and Hurricanes heading for the Coast!

Heat and Hurricanes heading for the Coast! 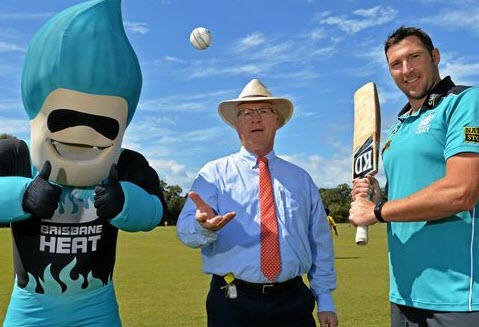 Heat and Hurricanes heading for the Coast!

Mostly sunny with a 100% chance of Heat and Hurricanes – that’s the forecast for the Sunshine Coast this weekend, as Big Bash League cricket roars into our region for the first time.
The Brisbane Heat and Hobart Hurricanes will slug it out in two pre-season BBL matches on Saturday and Sunday at the Elizabeth Daniels Sports Complex.
The matches will bring some of the biggest names in cricket to the region, including Heat stars Brendan McCullum, Chris Lynn, Joe Burns and Ben Cutting as well as George Bailey and Shaun Tait for the Hurricanes.
Mayor Mark Jamieson said the matches were free community events and the response had been overwhelming.
“Both games are officially ‘sold-out’ with locals snapping up the free tickets well ahead of time and once again this really highlights what a strong and supportive community we are of major sporting events,” Mayor Jamieson said.