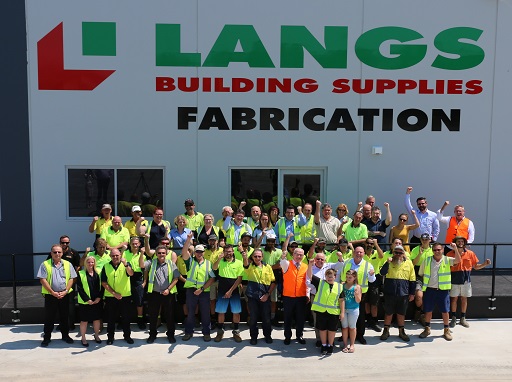 Following its announcement in May of 100 new jobs for the Sunshine Coast, Langs Building Supplies has officially celebrated the opening of its new $20 million Caloundra warehouse and trade store during a ceremony with Mayor Mark Jamieson today (September 25).
The official opening was the culmination of 10 years of planning for the family-owned business which will provide the Sunshine Coast community with a drive-through trade store, bulk building supplies and on-site manufacturing of roof trusses, wall frames and floor trusses.
Mayor Jamieson, who joined Langs owner Bob Lang and general manager David Wuiske in Caloundra for the official opening, said the attraction of a company like Langs and the level of their investment in our region was a significant boost for the local economy.
“It will support the local building and construction industry as well as providing great employment opportunities for locals,” Mayor Jamieson said.