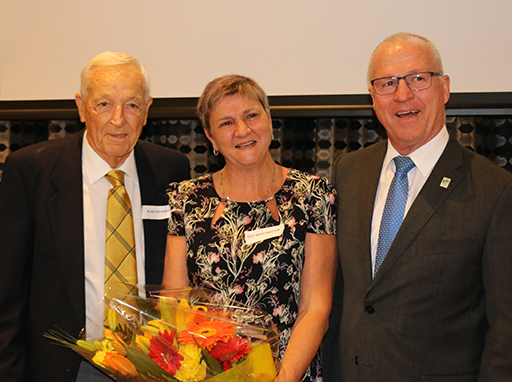 The second edition of March Hero which tells the life of young Nambour pilot Jim Hocking whose sacrifice saved an English town from potential destruction in World War II is now available.
Updated by author Dot Whittington who originally published the book 10 years ago, March Hero’s new edition was officially launched by Mayor Mark Jamieson at Nambour RSL today in front of an audience that included members of the Hocking family.
Pilot Officer Hocking was flying a Stirling Bomber during a training exercise in World War II when the engine of his aircraft caught fire.
The rest of the crew parachuted out, but the 21-year-old pilot refused to leave after he realised the plane was heading straight for the town of March, in the Cambridgeshire area.
Pilot Officer Hocking saved the township but lost his own life when the bomber crashed in a nearby field in July 1944.
In 2015, he received the Star of Courage, the second highest bravery honour in Australia.