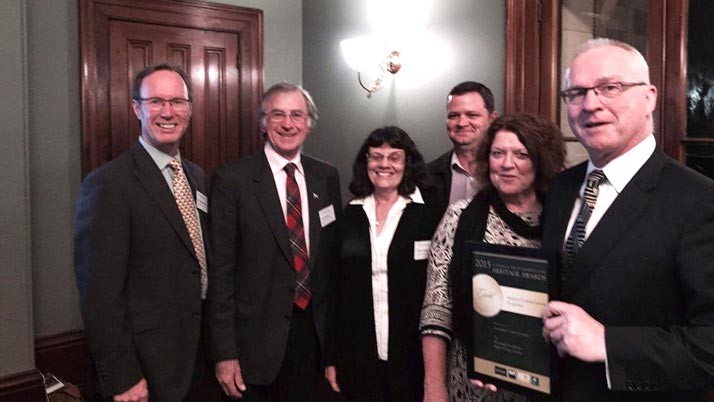 The design and construction of the Mary Grigor Centre, an archival and interpretive centre located within the Bankfoot House Heritage Precinct at Glass House Mountains, has been recognised with a Gold Award in the prestigious National Trust Queensland Heritage Awards.

The National Trust awards highlight projects and people that demonstrate excellence in the conservation and promotion of Queensland’s historic and Indigenous cultural heritage.

Funded by Council’s Heritage Levy, the Mary Grigor Centre received the top prize within the Agency Conservation category which was open to government agencies and government organisations at any level for programs and projects that demonstrated excellence in planning, conservation, interpretation and promotion of heritage.

Mayor Jamieson said it was a great honour to accept the award which was a fitting recognition of the vision and commitment to both the conservation and interpretation of the heritage-listed Bankfoot House Precinct, and the new Mary Grigor Centre.