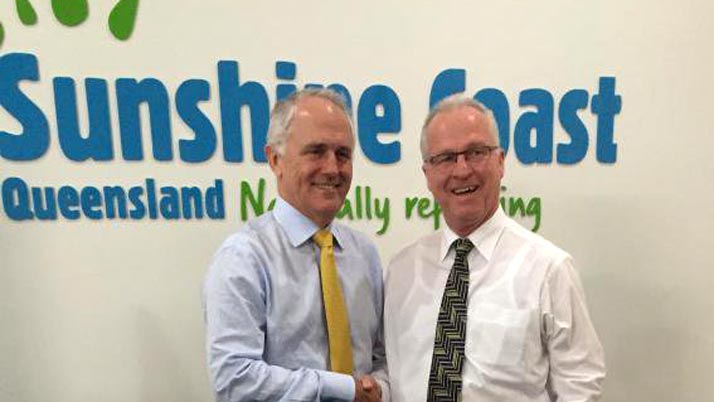 The mayor of one of the fastest growing regions in Australia has called on the Prime Minister, the Leader of the Opposition and leaders of other major parties to make the Sunshine Coast a priority and visit the region during the Federal election campaign.

Mayor Mark Jamieson said thanks to the strong economic strategy being pursued by this region, and its proximity to Brisbane, the Sunshine Coast would play an important role in the future productivity of the Australian nation and should therefore be a key priority for the major parties in the lead up to the July 2 poll.

The communities in all three Federal electorates covering the Sunshine Coast will elect new members, given the retirements of the sitting members for Fisher, Fairfax and Wide Bay.

“This Federal election is an important opportunity – not only for the Sunshine Coast but also for the major parties – to clearly demonstrate their commitment to re-energising the economy, providing the programs and investment to generate jobs and improving the future prosperity and liveability of communities,” Mayor Jamieson said.

“It is also an opportunity for the political parties to address some of the long-standing needs of this region, which have been overlooked for some time by successive Federal and State governments.”