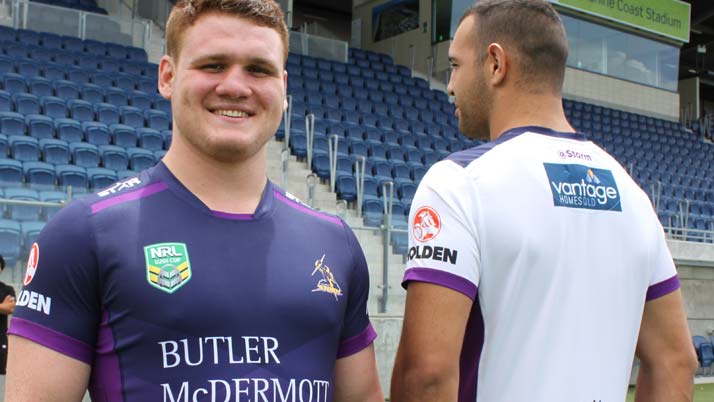 Melbourne Storm today launched its NYC Thunderbolts jerseys for the upcoming season and the designs both have a real Sunshine Coast flavour.

Produced by the club’s apparel partner STAR, the jerseys feature local Sunshine Coast organisations and businesses, including Sunshine Coast Council and Sunshine Coast Airport, who have thrown their support behind the Thunderbolts as sponsors in 2016.

The Sunshine Coast Council logo appears on the lower back of the under-20s’ home jersey while the away jersey features Sunshine Coast Airport branding.

Council CEO Michael Whittaker said the jerseys would help to publicise the Coast and its connection with the Storm to a wider audience.

“We’re looking forward to these outstanding young footballers representing not only Melbourne Storm, but also the Sunshine Coast in 2016,” Mr Whittaker said.

“Combined with our Intrust Super Cup team, the Falcons, there is plenty of high-quality rugby league to enjoy this season.”