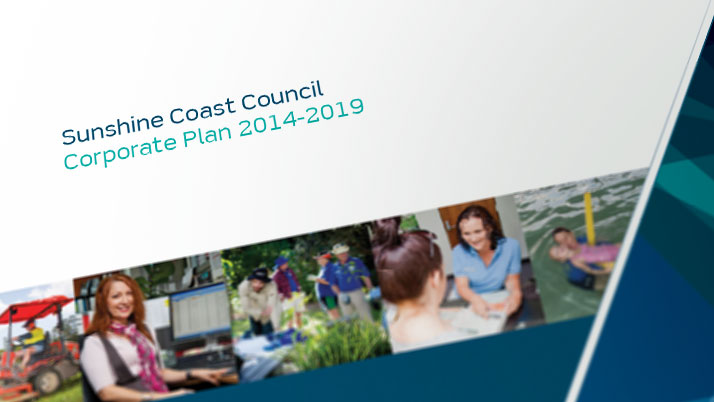 Council has launched its five year Corporate Plan to help deliver its vision for the Sunshine Coast to become the most sustainable region in Australia.

Mayor Mark Jamieson said the release of the new Corporate Plan coincided with the launch of a new corporate image for the new council which officially started on January 1 this year.

“This is a new council with a new plan, new image and new direction – determined to make us the most sustainable region in Australia,” Mayor Jamieson said

“In the first five months of this year there have been some encouraging signs: the biggest jobs growth in Queensland, a big jump in building applications and approvals, and a number of major projects continuing to take shape across the region.

“The Sunshine Coast Council Corporate Plan 2014-2019 will help build on that early success.

“It sets the strategic direction and priorities for council – while maintaining a strong focus on the core services we deliver for the community.