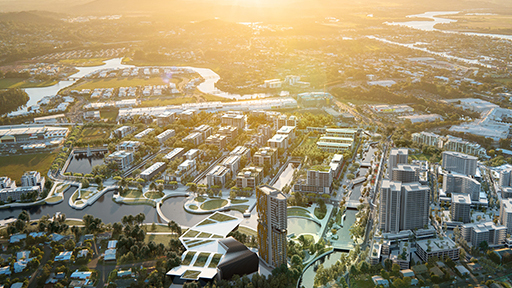 For the third time in four years, the Sunshine Coast has been named as one of the world’s Smart21 Communities recognised for applying digital technology to deliver economic opportunities that lead to jobs, investment and social development.

The Sunshine Coast was one of four Australian cities to make the list that was chosen by a panel of seven judges from the New York-based Intelligent Communities Forum.

The select group of communities, which emerged from a group of nearly 400 around the world, also included seven communities from Canada, five from Taiwan and one each from the USA, the UK, Russia and New Zealand.

Mayor Mark Jamieson said being named in the Smart21 Communities of 2017 was recognition of the Sunshine Coast’s commitment to embracing digital technology and becoming a smart region.

“Being recognised as a Smart 21 community is good for our economy and ultimately good for business,” Mayor Jamieson said.

“It raises interest in our region and our ‘game-changer projects’; it is a point of differentiation against other localities across Australia and the world; and it brings attention of similar minded communities and will likely raise the interest of potential investors.

“We’re in the midst of a very exciting time in the history of the Sunshine Coast and to be once again included in the world’s Smart21 Communities really reflects the exciting direction in which our region is heading.