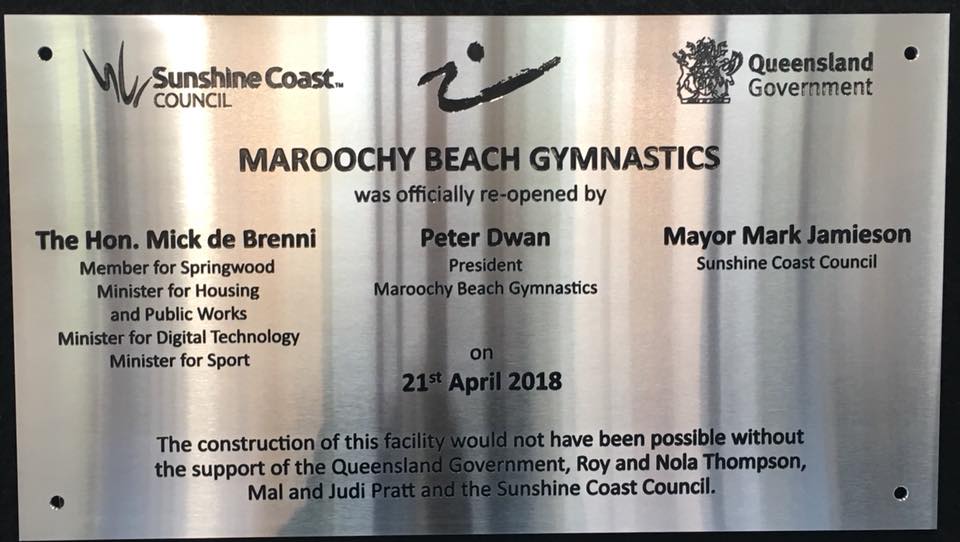 After the devastation of a ‘fire’ in May 2017 like a ‘Phoenix from the Ashes’ we officially re-opened the Maroochy Beach Gymnastics Centre on our Sunshine Coast today with Queensland State Minister Mick de Brenni. The best facility in the State was recently home to the Scottish Commonwealth Games team.

MBG has many long term, generous supporters and a determined committee.

I concluded my opening speech with another quote, “Every cloud has a silver lining” and so it was today as I was able to announce that Sunshine Coast philanthropist’s Roy and Noela Thompson were contributing a further cheque for $200,000.00 to finish of the project!
Thank you all and enjoy this magnificent facility!