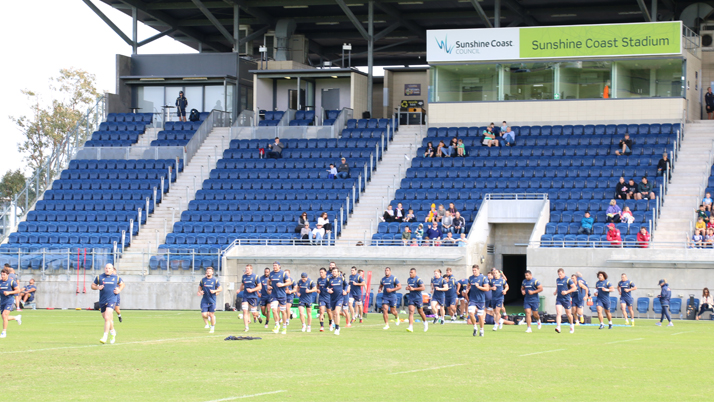 The Qantas Wallabies will return to their home away from home again in 2016 with a week-long camp confirmed on the Sunshine Coast from May 30 to June 3.

The Rugby World Cup runners-up will be based at Sunshine Coast Stadium as they prepare for the three-match Cook Cup series against England which gets underway at Suncorp Stadium in Brisbane on Saturday, June 11.

The Wallabies, whose connection with the region as a camp base dates back to the 1990s, were based on the Coast last year ahead of their victorious Rugby Championship campaign.

Sunshine Coast Mayor Mark Jamieson said it was a great honour for the Qantas Wallabies to continue to choose the Sunshine Coast Stadium as their base for their first camp of the year.

“When you speak to everyone connected to the Wallabies you always hear about how they enjoy the relaxed atmosphere and idyllic surroundings we have as well here on the Coast as well as the outstanding facilities we’ve developed at Sunshine Coast Stadium.

“They’re keen to be involved within the Sunshine Coast community and share their knowledge and skills with their fans and other aspiring young rugby players.

“Having a sporting team of this calibre certainly helps to position our region as Australia’s premier regional major events destination.”