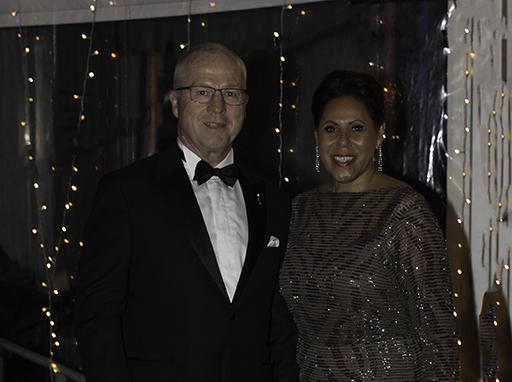 “The Sky is the Limit” was the theme for the 2017 Mayoral Ball and that was exactly the result organisers achieved with more than $94,000 raised for Sunshine Coast charity SunnyKids.
The aero-themed ball took place in early October at McDermott Aviation within the Sunshine Coast Airport precinct.
Mayor Mark Jamieson, who is the Patron of SunnyKids, today thanked the volunteers, suppliers and foundation partners who supported the event and helped to showcase the very best of the Sunshine Coast’s community spirit.
“One in five Sunshine Coast residents act as a volunteer across the region and they do this because they prefer to give rather than receive while also contributing to the social fabric of their local community,” Mayor Jamieson said.