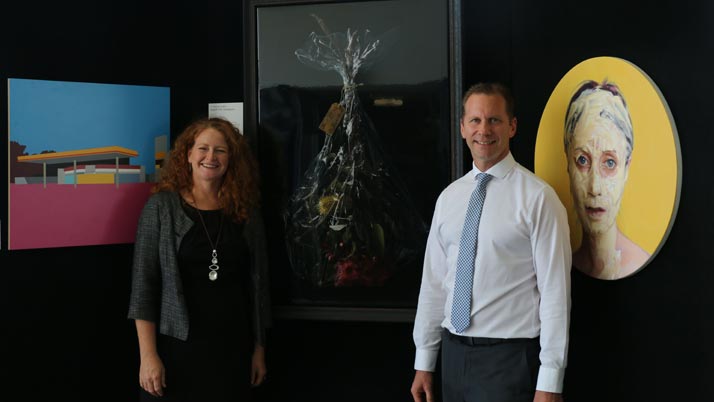 The major prize winning artworks from the past three years are now on show at the Audi Centre Sunshine Coast showroom at Currimundi until June 15.

The artworks form part of the Sunshine Coast Art Collection, and this pop-up gallery is a first for exhibiting these artworks outside of the Caloundra Regional Gallery, council offices or libraries.

Mayor Mark Jamieson said it was an exciting new council initiative to make the prestigious collection more accessible to the public via unique locations.

“We recognise the emerging quality of the region’s art collection and see real value in sharing it with the community,” Mayor Jamieson said.

“For those who may not frequent locations where artworks have previously been exhibited, the Audi dealership in Currimundi offers a new opportunity.

The initiative is testament to the growing acclaim of the Sunshine Coast Art Prize as a national contemporary acquisitive art award. This year it has attracted the Audi Centre Sunshine Coast, as a new major sponsor which led to the creation of the pop-up gallery.

“Council is thrilled to have Audi Centre Sunshine Coast join the Art Prize as a co-sponsor of the Major Prize and we look forward to working closely with them to further develop this great art award,” Mayor Jamieson said.