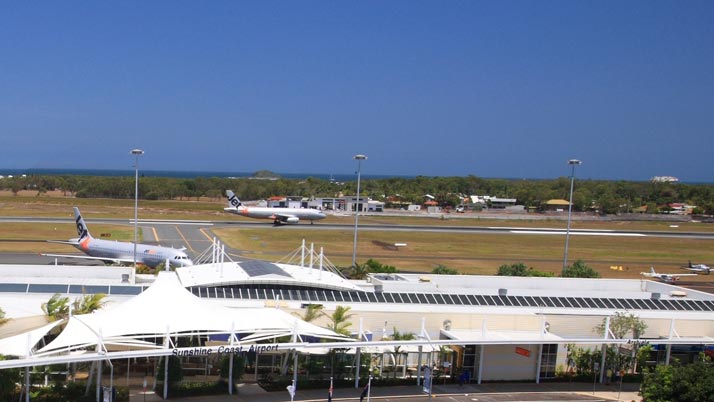 Sunshine Coast Airport has just experienced its busiest October in history with more than 91,000 travellers flying in and out of the Coast, continuing the airport’s positive start to the 2015/16 financial year.

The October total of 91,062 passengers was the second highest on record, finishing just behind January 2009 when 92,722 passengers travelled through the airport.

The record month comes on top of the airport tallying more than 250,000 passengers in the first three months of the financial year – a 12% increase on the previous quarter and the highest September quarter traffic documented.

“We are well on track to reach our forecast of almost one million passengers for the financial year,” Mayor Jamieson said.