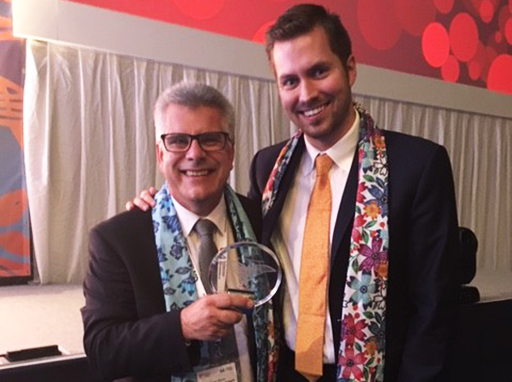 Sunshine Coast Airport’s marketing campaigns and route development achievements were last night recognised when the airport was crowned as a winner in the Routes Asia 2017 Marketing Awards at a ceremony held in Okinawa, Japan.

The annual awards recognise excellence in airport marketing and are highly regarded as the most prestigious awards in the industry as they are voted for, and judged by, the airline network planning community.

Mayor Mark Jamieson said this recognition by the aviation industry was the highest of praise for Sunshine Coast Airport.

“This achievement demonstrates the regard in which our Sunshine Coast Airport is held throughout the Asia Pacific region,” Mayor Jamieson said.

“It is the culmination of a multi-year engagement strategy to promote the airport’s opportunities, and the Sunshine Coast, to the world.

“An award like this one adds to the great momentum that is underway with our airport as we progress with the expansion project plans that are on target to be complete by 2020.

“It will open the Sunshine Coast up to a range of opportunities in key markets including more locations in Australia, Asia and the Western Pacific.”