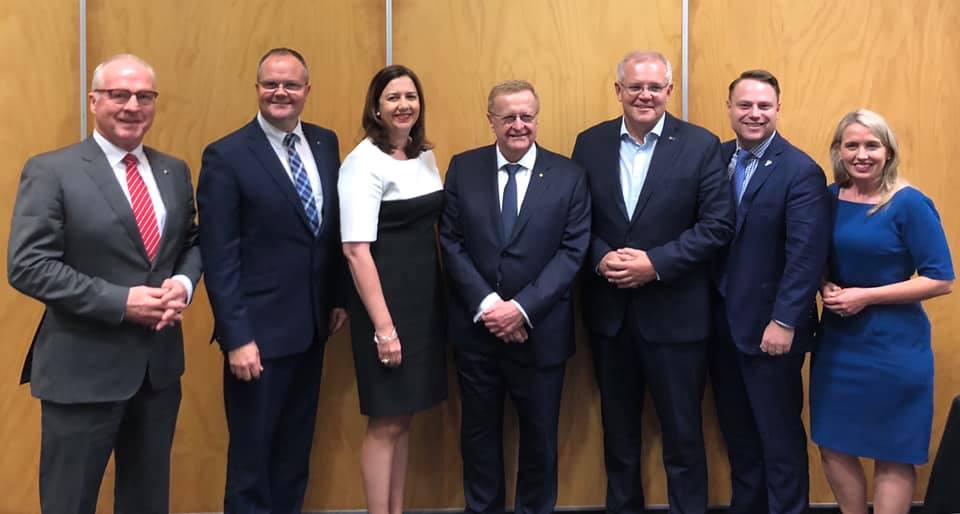 ‪Following a tri-partite meeting today in Cairns all three levels of government have committed to work towards building and submitting a proposal for the 2032 Olympic Games.

It’s reassuring to hear the enthusiasm of the Prime Minister, Scott Morrison the Premier Annastacia Palaszczuk and the AOC President John Coates today for a South East Queensland 2032 Olympic Games. What started as an idea from the SEQ Mayors back in 2015 is now shaping up to be a real possibility.

The SEQ Mayors are committed to an Olympic Games proposal that delivers transport and community infrastructure that will service our communities for decades to come. This would be a great outcome for South East Queensland and also for the Olympic Movement.

The Council of Mayors (SEQ) began this journey as a way to expedite the transport connectivity the Sunshine Coast and south-east desperately needs. We started those discussions today, and look forward to working with the Commonwealth and State to explore this opportunity.

Staging the Olympic Games in our State would have a profound impact on Queensland and Australia for a least the two decades following.