Home / All Posts / Community / The Premier’s Women on Boards Event

The Premier’s Women on Boards Event 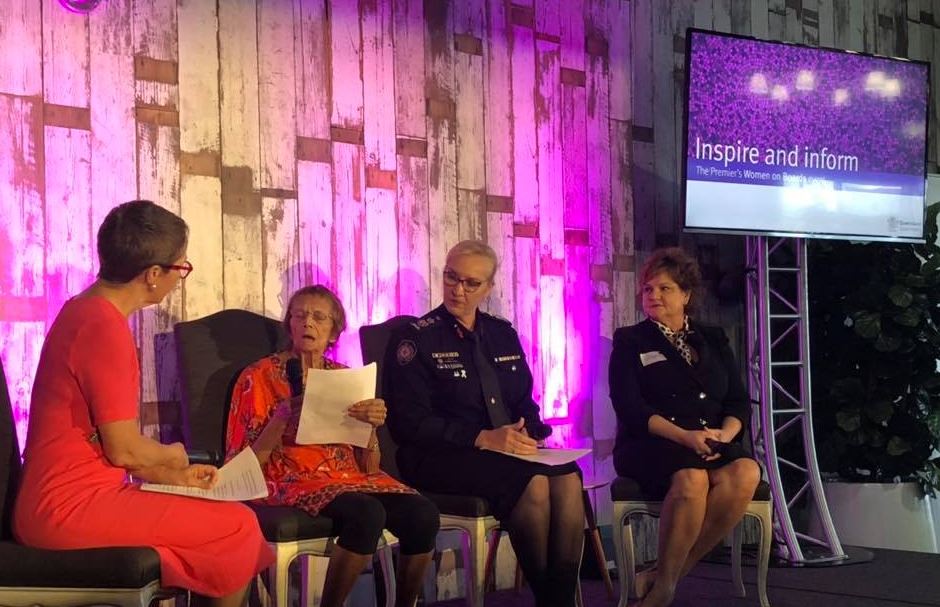 The Premier’s Women on Boards Event

’Inspire and Inform’ the Premier’s Women on Boards event hosted by Annastacia Palaszczuk at the Brightwater Tavern.

Eve covered a wide breath of experiences include some uncomplimentary comments about her aboriginal heritage, her grasp of the German language, multiculturalism with PM Bob Hawke and her success with the discus. Her most telling advice was to “associate with people who think like you”

She had the audience in stitches.

Katarina referred to her career in a male dominated Police and Fire Services but credited helpful men with her rise up through the ranks.

Roz, Sunshine Coast business woman of the year stressed she was no ‘bench warmer’ and outcomes and progress were important.

She said to align your values with those of organisations you want to work with or direct.

She attended one of her first industry meetings where she was the only woman amongst 50 men.

Things have since moved on.

Premier Annastacia Palaszczuk stressed the importance of diversity in Boards and her quest for Qld Government boards to be 50/50 men and women and that her Cabinet has already achieved that goal.