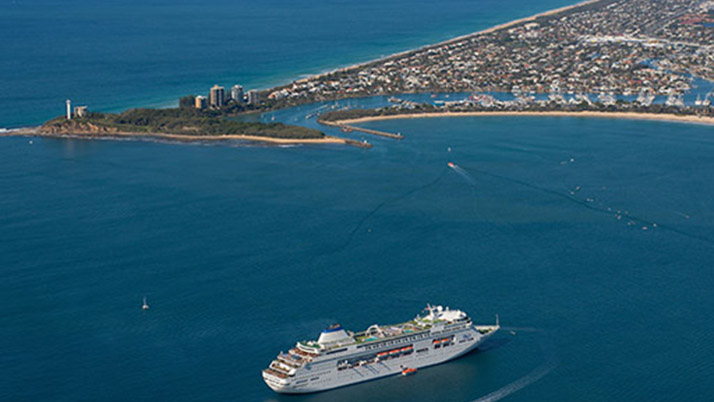 The Sunshine Coast welcomed its first cruise ship in July 2015 and has quickly established a reputation as one of the fastest growing port destinations in the country.

The Australian Cruise Association will hold its annual conference and AGM on the Sunshine Coast in September, 2017 and CEO Jill Abel said her visit to our region today highlighted its appeal as a cruise ship stopover destination.

Sunshine Coast Mayor Mark Jamieson said eight cruise ships from three different cruise lines had dropped anchor off Mooloolaba since July last year and in that short period of time our region had earned a reputation both domestically and internationally as a cruise ship stopover destination of choice.

“P&O’s Pacific Pearl was the first cruise ship to arrive and from that initial visit we received the highest passenger review of any port in Australia and the South Pacific,” Mayor Jamieson said.