Home / All Posts / Community / Sunshine Coast destination partner of the... 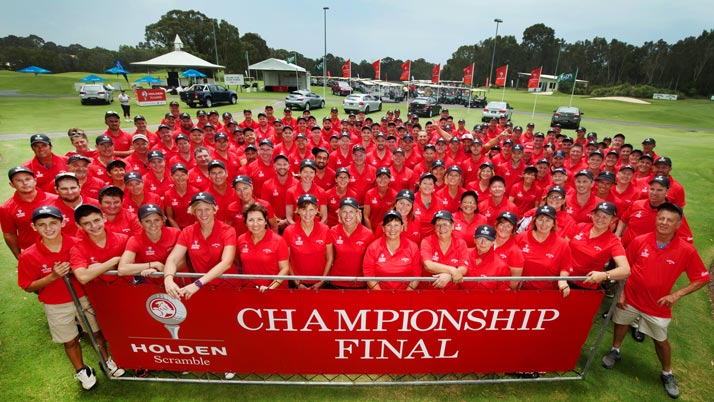 The Holden Scramble Championship Final will continue to call the Sunshine Coast home after Sunshine Coast Council extended its relationship with the PGA of Australia as the major destination partner of Australia’s most loved pro-amateur teams’ event.

Brian Thorburn, Chief Executive Officer for the PGA, said he’s thrilled to see Council continue its commitment to golf in the Sunshine State and the continued relationship between the two organisations.

“The PGA is delighted to see our relationship with Sunshine Coast Council continue; their support of the Holden Scramble as the host region of the Championship Final has been a contributing factor in the event’s success over the years. The PGA and the Sunshine Coast Council have an extensive history working together on a number of large scale events and we look forward to seeing this affiliation continuing.”

In a new agreement between the two organisations, the Holden Scramble Championship Final will remain at Twin Waters Golf Club for a further three years, while qualifiers will be able to enjoy the hospitality of the Novotel Twin Waters Resort, the event accommodation provider.

Sunshine Coast Mayor Mark Jamieson said the Council was pleased to continue its lengthy association with the PGA through its sponsorship of the Holden Scramble, which stretches back to 1995.

“We are thrilled to be able to continue our sponsorship of Australia’s largest pro-amateur golf championship and look forward to hosting local events, regional finals and the Championship Final in November,” Mayor Jamieson said.