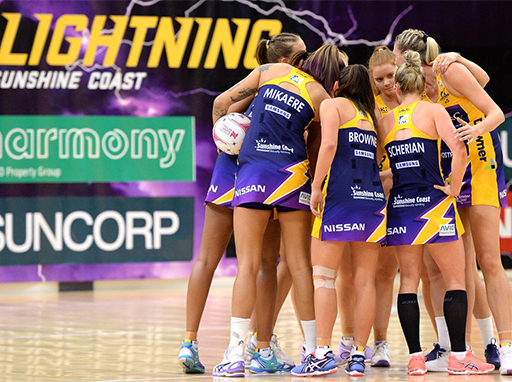 The community is invited to come and meet the members of the Sunshine Coast Lightning at Nights on Ocean on Friday night, June 9 and wish them well as they prepare for their inaugural Grand Final game on June 17.

Sunshine Coast Lightning have made history by marching straight into the inaugural Suncorp Super Netball Grand Final, following a heart-stopping one-point victory over the Melbourne Vixens in the major semi-final last Saturday.

As our region’s first national sport team, a special event will be held at Nights on Ocean, this Friday, June 9 at 6.45pm to celebrate the team’s momentous achievements.

Mayor Mark Jamieson urged the community to get behind our local team and show your support as they prepared for the Suncorp Super Netball Grand Final on June 17 at the Brisbane Entertainment Centre, Boondall.

“I invite the community to join council in letting the Sunshine Coast Lightning know the whole region is behind them,” Mayor Jamieson said.