Home / All Posts / Community / Sunshine Coast trio get their chance with...

Sunshine Coast trio get their chance with Storm NYC team 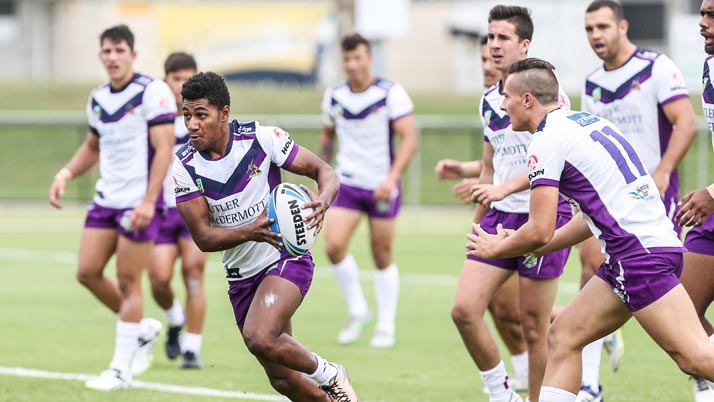 Sunshine Coast trio get their chance with Storm NYC team

Rugby league is finally back and for the Storm NYC Thunderbolts this weekend represents much more than just the start of a new season.

This Sunday will mark the first time the team will play for points in front of its new home and fans at Sunshine Coast Stadium.

And lining up for the Storm under-20s in their home debut against St George Illawarra will be three Sunshine Coast juniors – wingers Nat McGavin and Louis Geraghty – and interchange forward Lachlan Timm, who have all had the Maroochydore Swans club play a role in their rugby league development.

The Storm announced today that Lachlan has also been included in the Storm’s six-player leadership group for 2016.

Sunshine Coast Council’s Director of Community Services Coralie Nichols said the Coast trio would be the first of hopefully many young footballers to experience the benefits of the region’s growing connection with Melbourne.

“We wish Nat, Louis and Lachlan – and their Storm teammates – all the best in what will be a big moment in their rugby league careers,” Ms Nichols said.

“Our three local boys are getting their opportunity to shine in the game’s premier national under-age competition and doing it at home thanks to the Storm’s decision to partner with council and relocate their NYC program to Sunshine Coast Stadium.

“It is one of the great benefits of what has been established here with many more other local youngsters in the wider NYC squad and Storm Academy.”