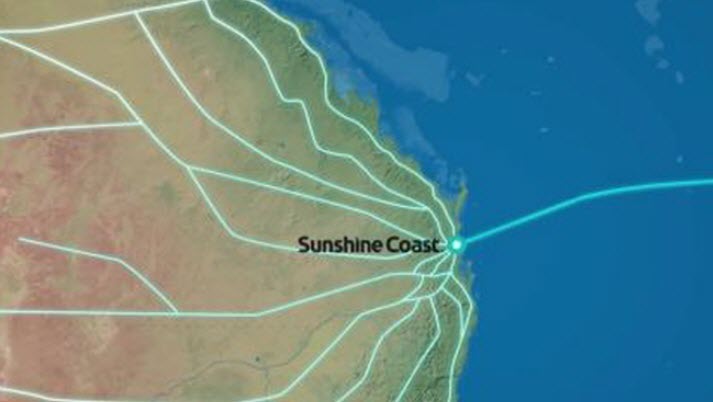 Sunshine Coast Mayor Mark Jamieson has welcomed the Queensland Labor Party’s pre-election commitment of a $15 million grant towards the Sunshine Coast International Broadband Submarine Cable Project – one of the six infrastructure priorities identified by Sunshine Coast Council for our region ahead of the November 25 State election.
Mayor Jamieson, who met with Minister for Innovation, Science and the Digital Economy Leeanne Enoch in Caloundra today, said the proposed cable project had the potential to transform the Sunshine Coast and broader Queensland economy.
A recently completed feasibility study has estimated the proposed submarine cable and associated facilities would create 864 full-time jobs per annum on the Sunshine Coast and provide a potential economic boost of $927 million to Queensland.
“We are delighted that if re-elected, the Queensland Labor Government has committed to provide this financial support to a project that is not only a game-changer for our Sunshine Coast, but the entire State,” Mayor Jamieson said.