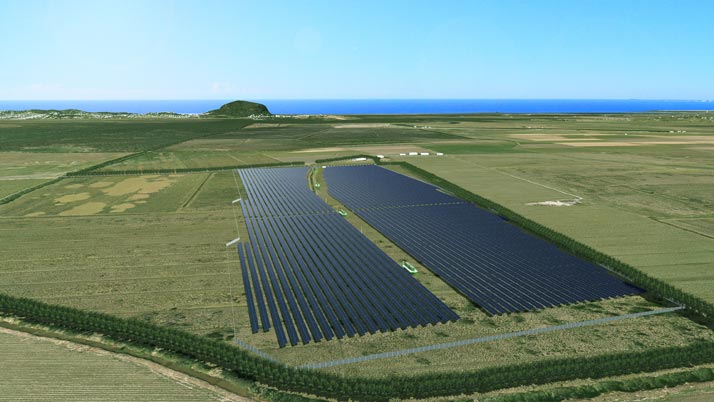 The South East Queensland council is striving to become Australia’s most sustainable region and the council’s Sunshine Coast Solar Farm at Valdora is part of a grand plan to achieve that vision.

“The 15MW solar farm, covering 24 hectares of a 49 hectare site at Valdora, will be the biggest solar farm in Queensland – the next largest being the Gatton Solar Farm at 3.3MW – and the fifth largest solar farm in the nation,” Mayor Jamieson said.

“By 2017 it will offset 100% of the organisation’s electricity consumption across all its facilities and operations, with solar energy going into the grid.

“That includes our administration buildings, swimming pools, performance venues and community centres, our holiday parks, libraries and art gallery and our sport and recreation facilities.

“Most other governments are still talking about offsetting 50% of their energy needs from renewables by 2025 so our 100% offset puts us way ahead of the game and that’s a win for our environment and our community.”