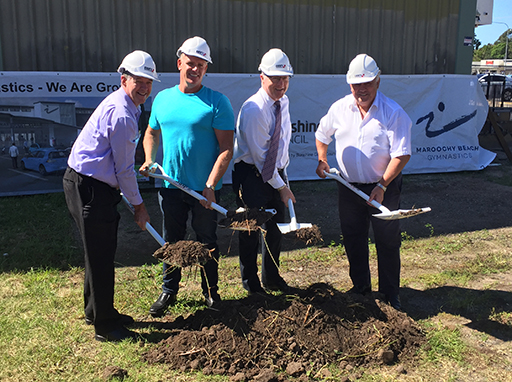 A major makeover is underway at the home of one of the Sunshine Coast’s longest established sporting organisations, Maroochy Beach Gymnastics.

The project also received funding from the Queensland Government’s Get Playing Plus program, club fundraising initiatives and private investment.

Mayor Jamieson said Maroochy Beach Gymnastics was one of the Coast’s most successful sporting clubs.